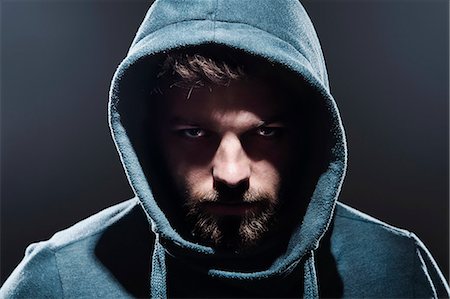 I hated to be forced to do this but I had to confront an issue that happened with my four year old son Elliot because of someone else’s stupidity, let me explain.

My wife loaded up the gang on Friday to run some errands, I was at work all day, she ended up at our local Goodwill Store around noon. Yes we are not ashamed to say that we shop at the Goodwill, many of you out there do also (smile).

While she was in the store shopping someone broke into our 15 passenger family van and ransacked it, probably looking for a wallet, they took off with two of my children’s Kindle Fires (that had cracked screens), my daughter’s backpack, my wife’s diaper bag and AAA batteries from the van DVD player remote. Thank God my wife had her wallet on her.

All my children had to experience first hand what it was like for someone to literally steal from you and it affected them all. My wife called the police and they filed a report, they said there were no cameras in the area where she parked the van, go figure, and there wasn’t much they could do.

I asked my wife what the police said about collecting finger prints, she said the officer said since my wife and children had already opened the door with their hands they could not do finger prints. Ezra was so upset that he cried for a little bit because he loved his Kindle Fire. Nissi cried also because her backpack was gone and a special key chain I had given her was in the backpack.

The one that really affected my heart was my 4 year old son Elliot.

When I was putting him to bed Friday night he asked me, “Daddy are those people that stole from us coming to our house?” I told him, “Son, they don’t even know where you live, and your dad will always be here to protect you, so don’t be afraid.” He laid his head down and went to sleep. That evil act of some person or persons will probably be sketched in his mind for the rest of his life, but so will what his dad said to him!

It reminded me of how sin always affects people in a negative way. There is never nothing encouraging about sin and lawlessness no matter how big or how small the sin may be!

In my sermon this past Sunday morning I was talking about Noah in the sixth chapter of Genesis. Estimates say there were around one billion people on the planet when Noah was commissioned by God to build the Ark. The people had corrupted themselves becoming wicked and evil. Out of all those people only one man found grace in the eyes of the Lord and was spared from dying in the flood. When you sit down and really think about it, that really blows your mind that only one man was spared from the destruction of the world. The scriptures did not say that his wife, three sons and their wives were righteous, it only mentions Noah being righteous. They came along for the boat ride also and were spared from dying in the flood because they were connected to Noah. What did Noah do that made him the only pick to find grace in the eyes of the Lord? It says in Genesis 6:9, “This is the genealogy of Noah. Noah was a just man, perfect in his generations. Noah walked with God.”

I pray that we all have a heart to follow Noah’s example of being a just man, perfect in his generation, and walking with God. Also that righteousness would spread across the nation like wildfire in these last days! That Noah like people, will rise up and their influence will stamp out sin incidents. That no one will have to experience what  my family did on Friday and the negative impact it had on my little four year old son.