We as Christians, are so familiar with the words and actions of Jesus in the Gospel till it is hard for us to realize how radical Jesus really was. Jesus literally shocked the religious world of his day with his uncompromising authoritative message.

Here is an example:

Like when he told the Jews of his day that if they did not eat his flesh and drink his blood they had no life in them! John 6:53. They didn’t understand what he was saying and were appalled at his words (If they were in tune with God they would have understood his words). He even lost some disciples over the comment, John 6:66, but it did not phase Jesus one bit.

He didn’t beg those disciples to stay with him and apologize for what he had previously said, he just turned to the rest of the disciples and asked them, “Will you go also?”. Thank God Peter had the revelation and answered, “To who will we go, you have the words of eternal life” John 6:68.

Jesus never said anything in his life that wasn’t motivated by love, but he said some direct shocking things mostly to the religious leaders of his day.

One of the most amazing discourses again is when he addressed the Pharisees. In chapter 8 of John He said many things that set them back on their heals. One comment in particular was in John 8:43 – 44 (NKJV)

43 Why do you not understand My speech? Because you are not able to listen to My word. 44 You are of your father the devil, and the desires of your father you want to do. He was a murderer from the beginning, and does not stand in the truth, because there is no truth in him. When he speaks a lie, he speaks from his own resources, for he is a liar and the father of it.

In front of him stood the most revered and highly respected religious leaders of His day, and He just told them their father was Satan. Wow! You talk about bold, that my friend is being bold. Once again I see no apology from Jesus afterwards, he just kept on preaching the kingdom of God. 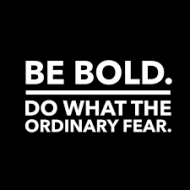 I think folks we need to really look at what we have been reading in the Bible over the years and become awake to the uncompromising Jesus! He is still speaking today just as powerful, bold and shocking as he did back then because He loves greatly!

Please leave your comments below!

If you are in our area come visit us at Legacy Family Church. http://www.Legacyfamilyalabama.com