Everyone experiences the everyday grind of life. There is no escaping it, no way of getting around it, you face challenges every day you live on this planet. It does not matter how much money you have or don’t have, where you live or don’t live. The grind of life comes to us all.

Why does it seem like some people rise during the grind of life and are successful in what they do while others seem to always continually struggle? 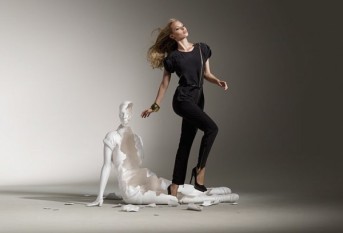 It seems to me the successful ones have come to the conclusion that the grind of life is not going away, so they have come to embrace it and use it as a stepping stone to greater things. That means they have taken head on the challenges of life, and they don’t let those challenges freak them out but they go forward.

The Devil loves believers that get freaked out about the grind of life because he can manipulate and control them. He can cause them to make decisions that result in more pain and heartache.

My word to you is don’t let the Devil manipulate you! Make a firm quality decision today that you will embrace the grind of life and not get freaked out over what is happening.

A good example of this situation is in II Kings 6th chapter, the King of Aram was at war with the nation of Israel. Elisha the prophet supernaturally kept telling the King of Israel where the enemy was going to be, so he was blowing the enemy’s cover every time.  The King of Aram got upset and thought that someone in his own camp was selling him out. One of the officers in his army (I don’t know how he knew) told him that it was not anyone in his own camp but that it was Elisha the Prophet.

So the King of Aram sent an army to capture Elisha, he didn’t just send a few folks he sent a very large army that surrounded the place where Elisha and his servant were. Now, here comes the freak out part, Elisha’s servant got up early in the morning rubbed his eyes from sleep looked out and saw a massive army surrounding them. To say the least he freaked out, most of us would have done the same thing, he ran and told Elisha what he saw.

Here comes the difference from someone that has embraced the grind of life and someone that hasn’t. II Kings 6:16-17 16 Elisha said, “Don’t be afraid. The army that fights for us is larger than the one against us. 17 Then Elisha prayed, “Lord, open my servant’s eyes. Let him see.” The Lord opened the eyes of the young man. And he saw that the mountain was full of horses and chariots of fire all around Elisha (NCV).

Let’s learn from Elisha and be men and women of success and embrace the grind of life!

Click below to join the Prayer That Dominates movement.

4 thoughts on “Grind of Life”