The beginning of something is always important because it sets the tone for what comes after. It is the guiding source for a pure victory in the endeavor at hand. It seems like to me many begin correctly with a clear vision and a single purpose, but along the journey they get side tracked from the vision they had at the beginning, and sad to say many end up in failure.

Let me say this emphatically, it is never God’s will for you to fail and not complete what He said to you at the beginning. What He spoke He means to come to pass, no ifs, ands or buts about it!

I want to say something that might shock some people in the religious world so get ready!

Some religious people think that if it happened it must have been God’s will. No, that’s simply not true, God gets blamed for a lot of things He did not authorize.

A short case in point, I mentioned this in a previous writing. It was never God;s will for the nation of Israel to have a King. God told the prophet Samuel in I Samuel 8th chapter that it wasn’t His will. But Israel persisted in wanting a King so God granted them their wish. As we can see down through history they had many Kings come and go, the majority of them were evil from the beginning and turned the peoples hearts away from God (with the exception of King David who also got into some trouble of his own and was delivered but his Kingdom suffered greatly).

That’s why I am stressing to you in this writing, what did God say to you at the beginning?

There are many factors that play into why things happen the way they do, and they are too numerous to mention in this little writing.

But I think they can all boil down to decisions we make in life. Yes, we have something to do with God’s will being accomplished on this planet (its not just going to happen) because God has chosen to work through mankind.

Mankind is the one He has given the authority to carry out his will on this earth, he said so in Genesis 1:26. Some religious people want to take that responsibility off of the believer’s shoulders and say it’s all up to God. They talk in a religious tone and tell you God is soooovvvereign brother so, que sera, sera whatever will be, will be. They don’t understand God! He is moved by the faith and trust of the people in Him! People that follow the plan He set at the beginning. 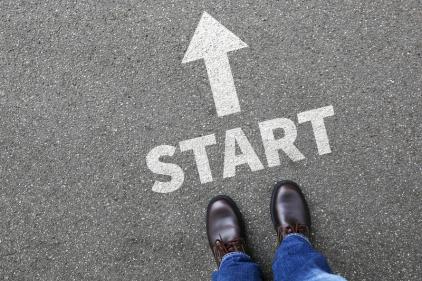 We love you in Jesus

Your comments are welcomed! Click the button below entitled “follow weekly words of encouragement” and join the Prayer That Dominates Movement!!!